Back in late August of 2020 we had to house-sit for Graceanna’s parents as a last-minute favor; their dog-sitter suddenly quit with no notice (apparently the dog-sitter wasn’t even visiting the pups as frequently as she should have, either), so we were called in a panic. We packed up Graceanna’s dog Alfred and took him with us. It ended up being a long-term thing because even after her stepdad returned home it was just easier to take care of Alfred along with the other two dogs out in the suburbs than back in DC. Alfred had also been going through some health issues with food allergies and once those started to clear up he was much happier being with her parents’ dogs; when he was first adopted he seemed to be a quiet, lethargic old dog but it turned out to be discomfort from chicken allergies, and once everything was figured out and he was put on a no-chicken diet he turned into a Real Dog that actually barked and ran and played. Since we could telework it made more sense for him to stay with the other dogs, and for Graceanna to stay with him and help out her stepdad, and as her friends started having kids she enjoyed visiting with them and helping out as an aunt. 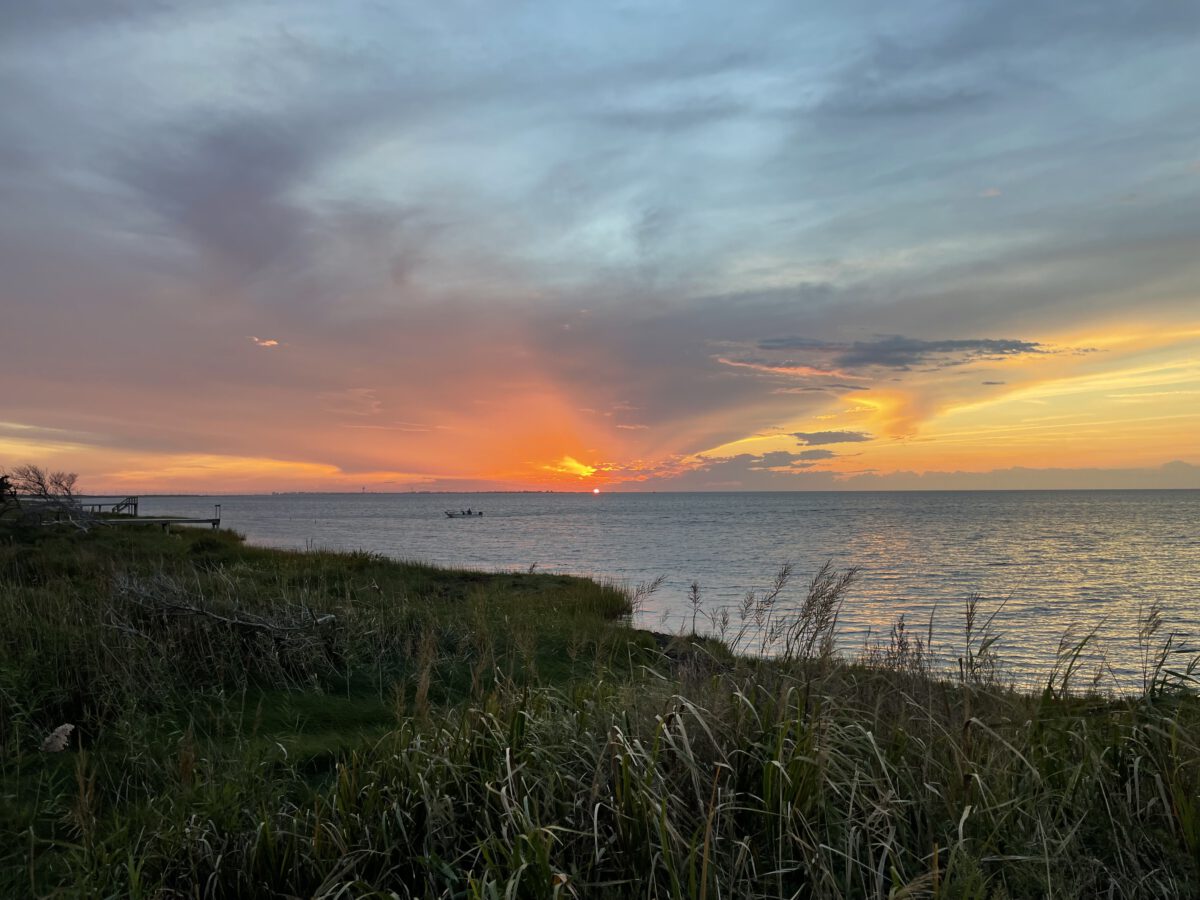 So our relationship turned into a long-distance relationship. Once or twice a month I’d drive out to Delaware to visit for a week or two, and then I’d return to DC for another week or two, then repeat again. It wasn’t so bad since we’d have time together, then I’d have me-time to do my own thing, but as the weeks and months wore on I was starting to feel less and less like we were a couple in a relationship and more and more like I was single and visiting a friend for a few weeks at a time. I thought it was all just temporary, though, and that when we’d be called back to our offices that Graceanna and Alfred would return to DC and we’d rediscover what it was like to live as a couple again.

Then Alfred was diagnosed with lung cancer in early 2021 and it became a matter of keeping him happy and comfortable and giving him good end-of-life care. That meant letting him stay with the other dogs and living out his days in the suburbs, and I didn’t expect us to be together again until after Alfred passed, whenever that might be.

In September we took a family vacation to the beach and Graceanna stopped by to visit with us a few times, but she didn’t visit long. I mail-ordered barbecue from a restaurant she and I had visited when we took a trip to Texas a few years ago, and we had that for her birthday celebration, but other than that and a few other quick masked visits (this was right when the Delta variant was ramping up) we didn’t see much of each other during that vacation week.

Then she was going to start a new job in DC in October, so I started to expect that she’d be back soon, but then she rented out her condo to a friend of a friend through the end of the year and I had to change my expectations to be that I might not see her regularly until early 2022. She still had to come to DC to pick up equipment for her new job and thought she might rent a hotel, but I thought that was a silly idea when she could stay at my place instead, and to prevent any concerns about Covid I’d leave my windows open and a key in a lockbox so she could let herself in while I stayed with my parents.

The day she was going to drive to DC, Alfred’s health took a turn for the worse. She called me to come get her from Delaware since she wouldn’t be able to drive herself in her emotional state, and she also knew I’d want to say goodbye to Alfred as well. I arrived, said my goodbyes to Alfred, and he went over the Rainbow Bridge that afternoon. It was so sad as he was such a good pup. 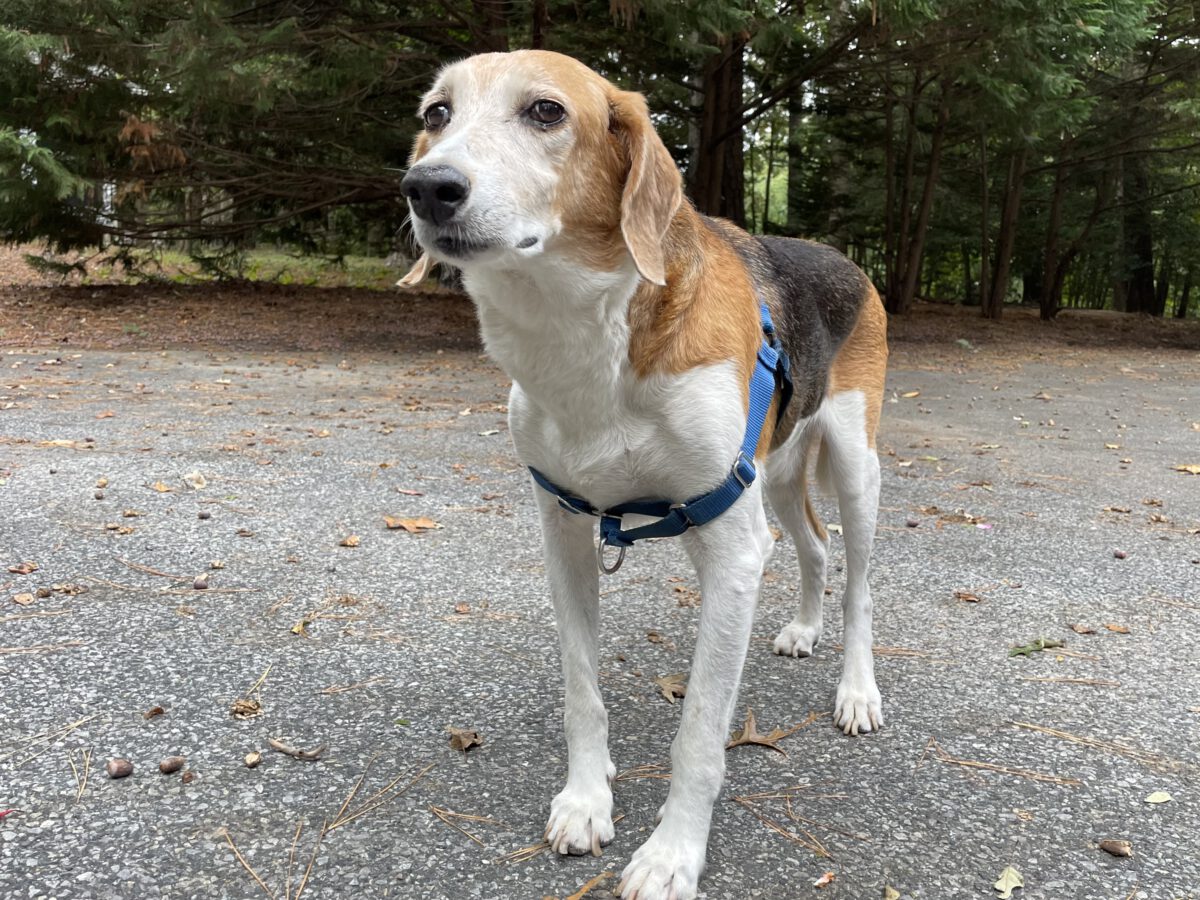 Either that evening, or the following day, we went to DC. I had arranged some “congrats on your new job!” surprise flowers when it seemed like Graceanna would be staying in my apartment on her own, but when we arrived she wondered how I was able to get flowers so quickly as sympathy for the loss of her dog. That week she was able to get her equipment she needed for her new job, and we went back to Delaware.

After a few days in Delaware we decided we needed a change of scenery because of Alfred’s passing, and since her friend’s parents were getting ready to leave their house in the Outer Banks we were invited to stay at their beach house for as long as we wanted. It soon felt awkward though because even though I thought with just the two of us living there we might start feeling like a couple again, I felt like she didn’t want me around. I chalked it up to grief at Alfred’s passing; I still felt rejected and disappointed, but I wasn’t about to make it about me and my feelings.

Even though we could have stayed as long as we wanted, other family obligations called us back home after a week. After a week of awkwardness I thought about asking Graceanna how she felt about me on the drive back but thought better of it.

A few days after our return we were having our usual nightly FaceTime chat and eventually I asked if she was unhappy with me or if I made her feel uncomfortable, or if it was because of Alfred’s passing, or if there was some reason why she might not have wanted me around in North Carolina since she often seemed like she wanted to be alone. She was dismayed that I asked, not because I had asked but because her feelings for me had been changing over the previous year and she was still trying to figure things out, but now it meant that it got to a point where I was noticing a change and it was time to have the conversation.

Some of her reasoning was because I was such a good boyfriend and she didn’t feel like she could reciprocate. That was difficult for me to hear because my strongest love language is probably Acts of Service so I always wanted to be helpful and supportive, and though I didn’t feel like I was receiving much physical affection I always thought that things would change once just the two of us could spend more time together, and hearing this made me feel like the more helpful I tried to be the more it pushed her away.

It sounded to me like we were breaking up right then and there. I had been telling myself that any issues were just temporary, and that once we were together again that things would come back to normal, but now I was learning that wasn’t going to be the case at all. I started to panic about cutting each other out of our lives and returning all of each other’s possessions on short notice.

After a day or two we talked again and it sounded like things were still up in the air, that there might be a chance for us to work things out; some things that she knew from the start that I didn’t want out of a relationship she wasn’t sure if she wanted now, so I felt that if I could be more flexible then she wouldn’t want to leave, but she pointed out how for some of those things you can’t think “maybe I can be flexible”, you need to be all-in, especially if it involves raising a family or fostering children.

I went through all the stages of grief in a single day and at the end of it I knew she was right, and I also knew that I couldn’t force her to love me or stay in the relationship for my sake if her feelings for me had changed, so our relationship was truly over. I didn’t have any hard feelings once I came to this conclusion, just that there wasn’t any point in staying together when we want different things out of life.

(About this time my family was making plans for Thanksgiving and was wondering if Graceanna would want to join us. “No, her mom is coming to visit.” Oh, would I be spending it with her and her mom? “No, I wasn’t invited.” Both of these were truthful but raised some eyebrows amongst my family members until I finally told them what was going on.)

The funny thing is that once we decided our relationship was “officially” over it didn’t immediately feel any different to me because it’s been a long-distance relationship for so long, but I found myself missing our nightly FaceTime chats as we’d talk almost every night of our 5+ year relationship. If anything I feel weird knowing it’s now ok for me to start dating again if I want to. I don’t know when that’ll be, though; no matter how mutual the decision to break up, it’s dealt a blow to my self-esteem, and a recent tweet I saw asking for peoples’ pandemic dating tips overwhelmingly had the single word response: “Don’t.”

But it was a great relationship while it lasted and I hope we can stay friends.