Last year I had planned to help staff the election polls, so a year ago today I went to an information session on how to be a poll worker. Afterwards, as a reward for being civic-minded, I told myself I could go to the Washington Humane Rescue Alliance to look at the cats they had for adoption. I wasn’t sure if I was ready to adopt a new cat less than two months from when my cat Bertie had passed away, so I gave myself permission to go home empty-handed if I couldn’t find a cat that spoke to me.

I showed up and looked at the cats and talked with the volunteers and one of them suggested I meet Drax. He looked so sad in his cage! 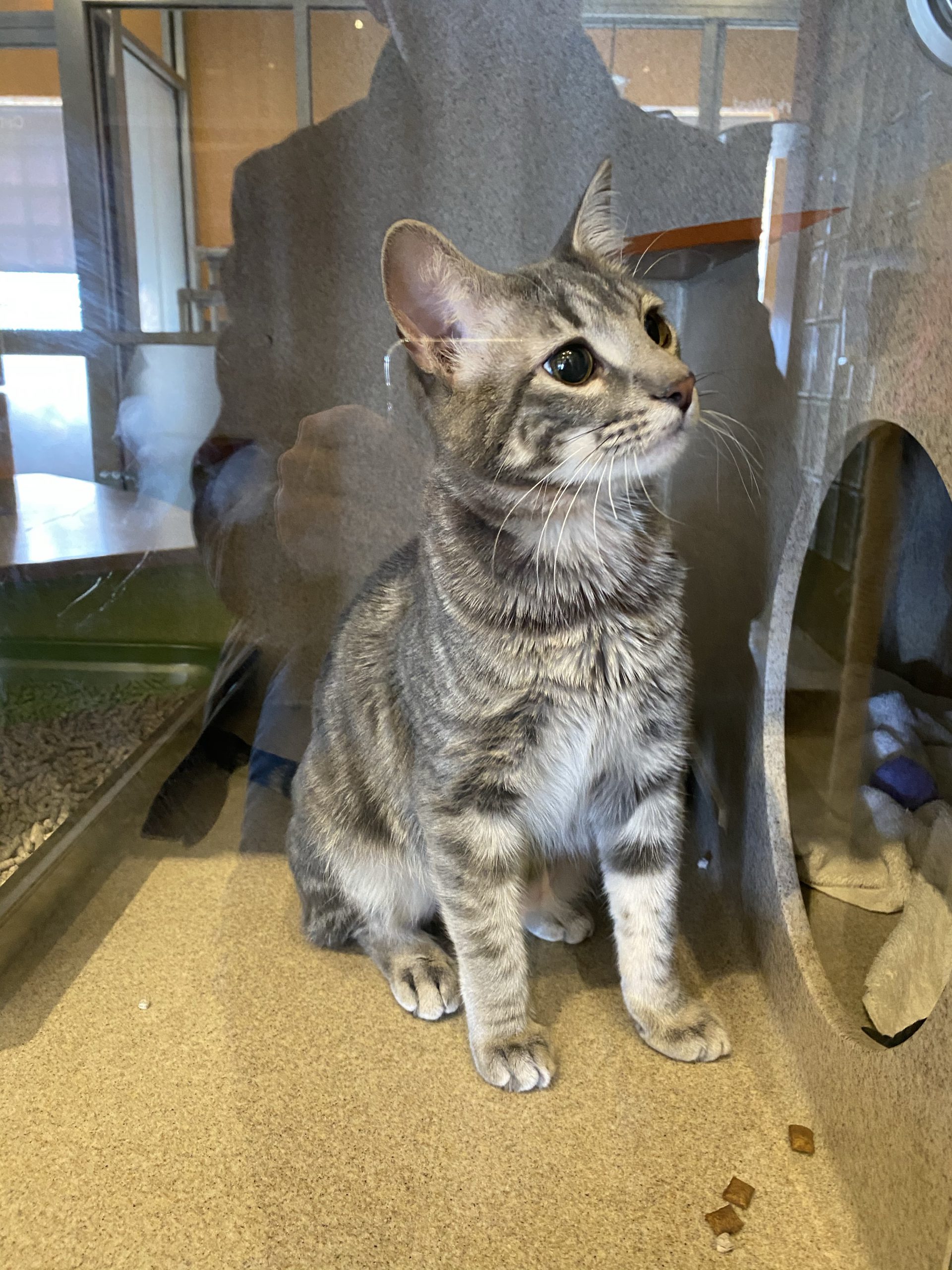 He was let out so I could meet him and he just wanted to climb all over me. 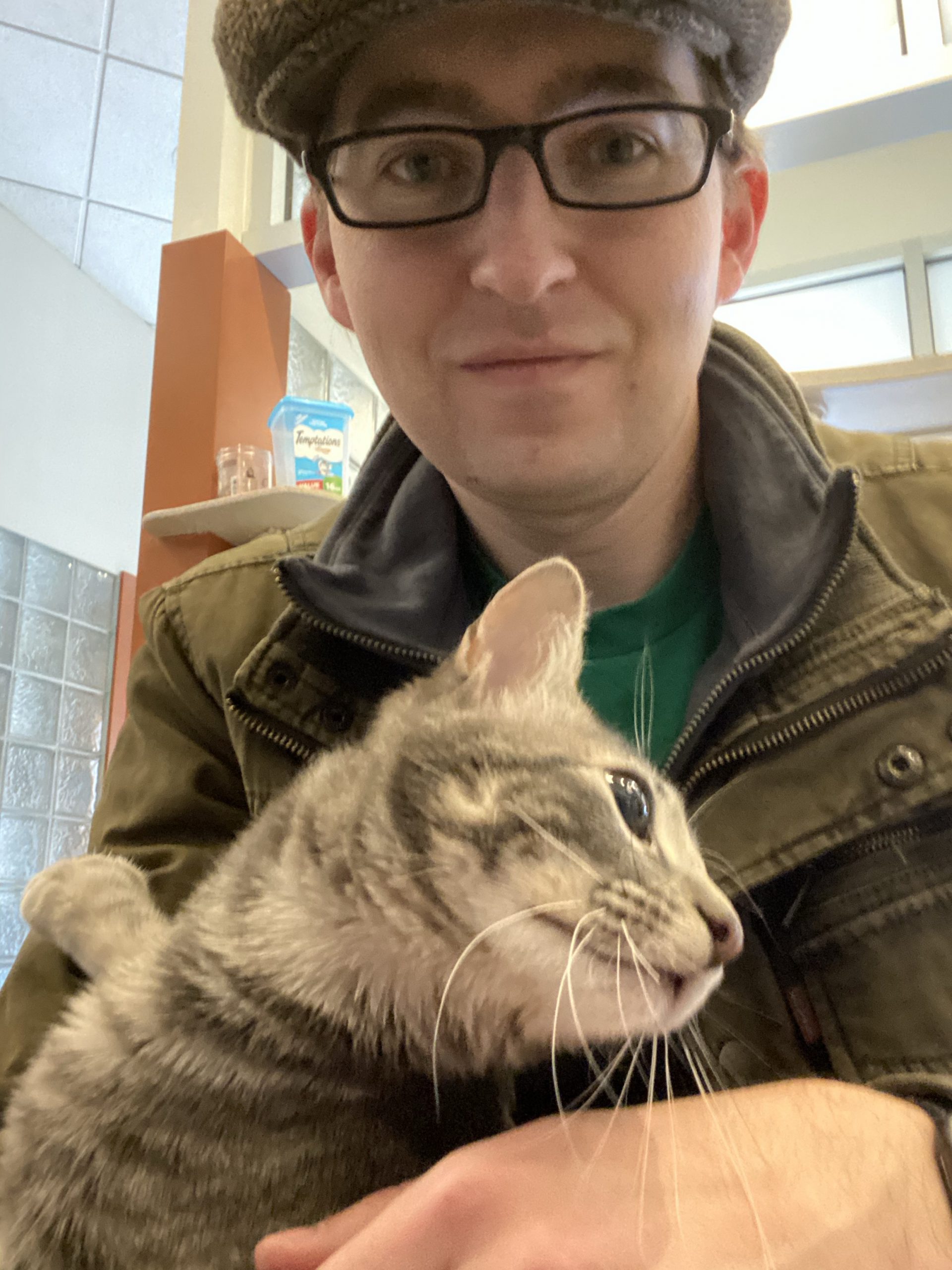 While I was meeting Drax there were one or two other groups that came in asking to meet him as they had seen his profile online, and the volunteers looked at him with me and said he might already be spoken for. They asked me if I thought I might adopt him and I said yes, he’s going home with me.

I took him home and he was super curious about everything. 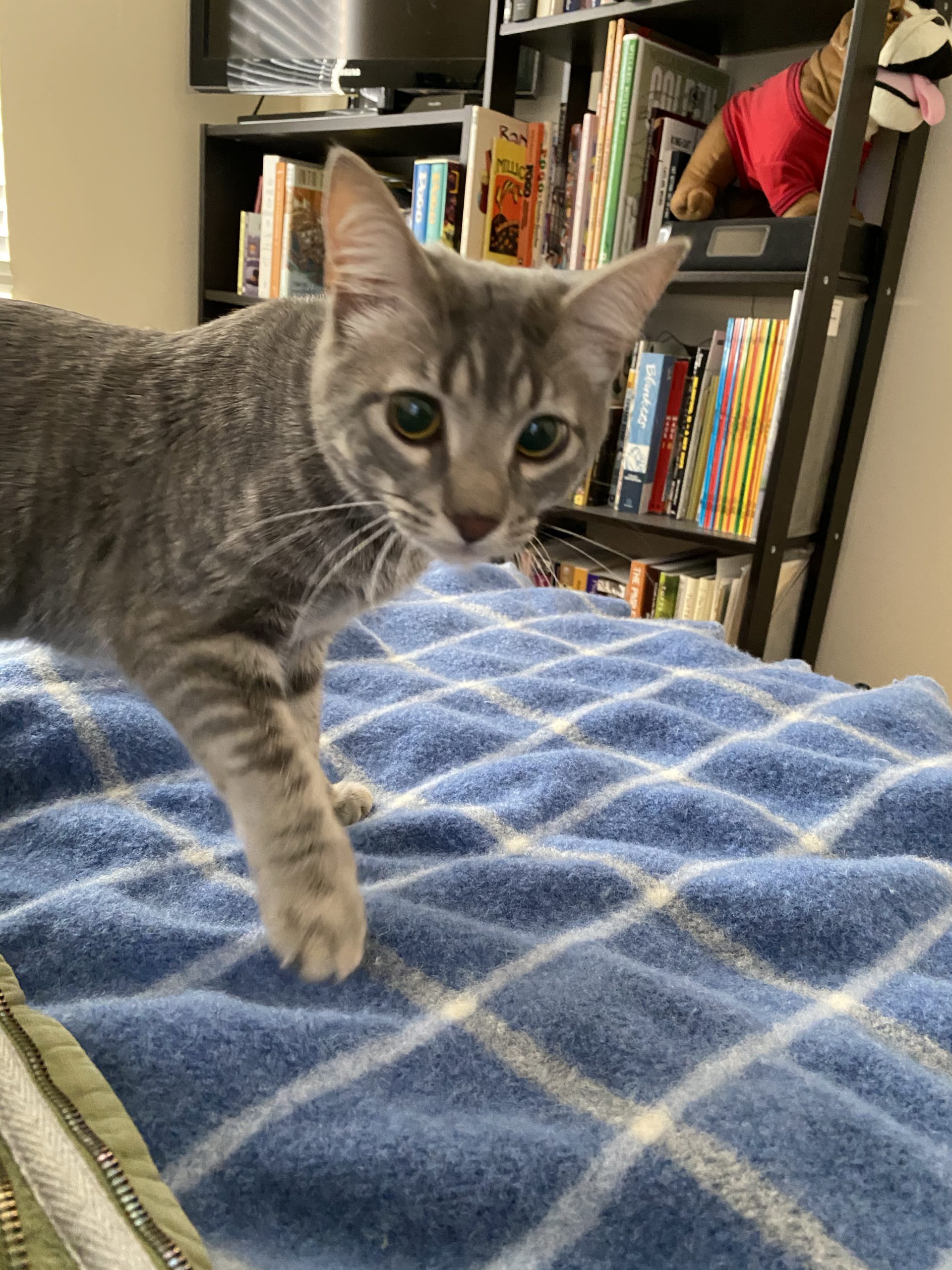 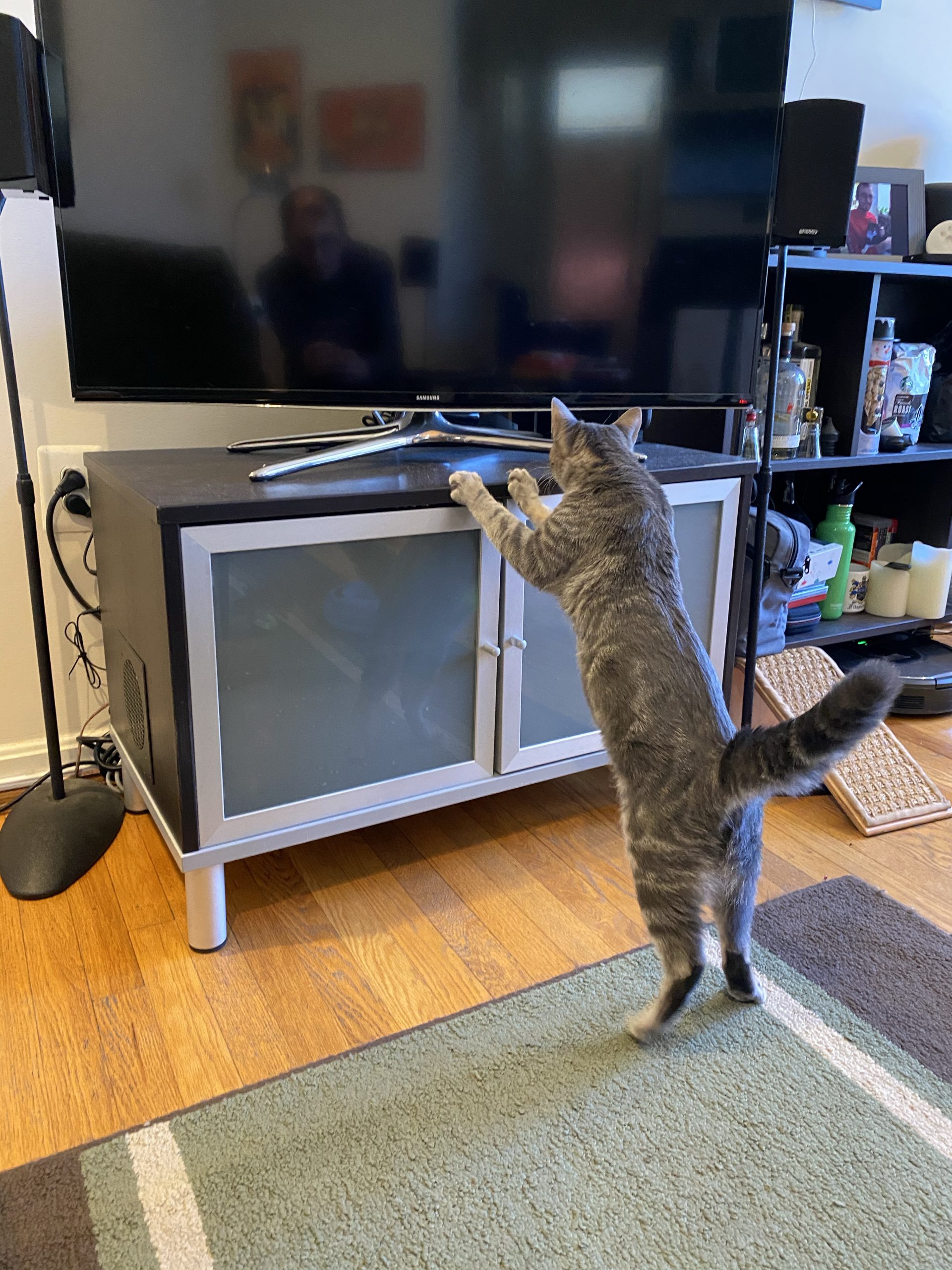 Eventually he settled down and curled up on my chest. Even now this is his favorite place to be. 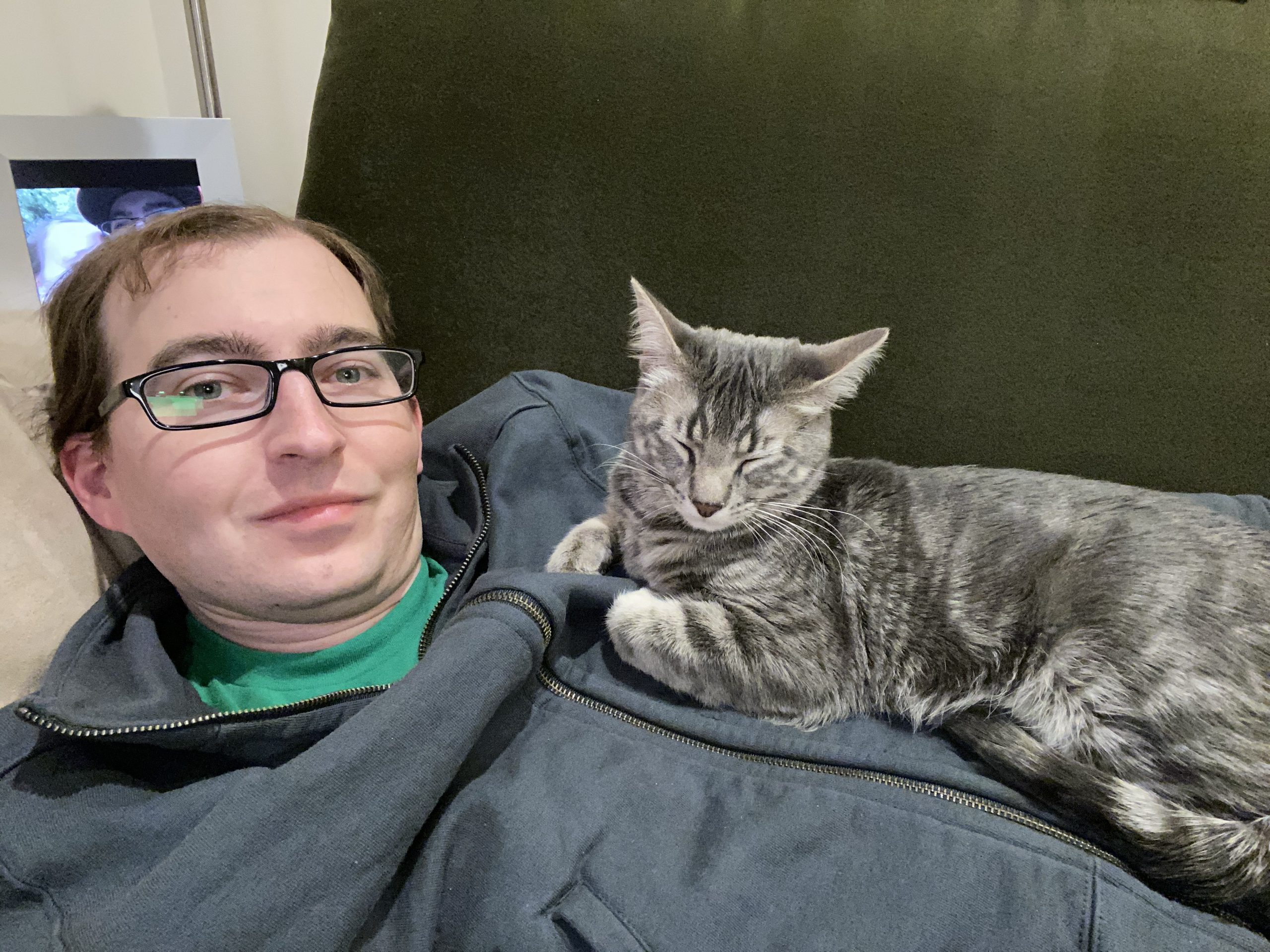 I wasn’t sure if I was happy with the name Drax for him, though, and after a few temporary names my girlfriend came up with Freddie Mercury for him, and it suits him perfectly!

Today’s his first Gotcha Day! I’m so glad I went to the shelter on a whim as everything started to shut down because of COVID about a week or so later, and I’m glad to have had him around over the past year. 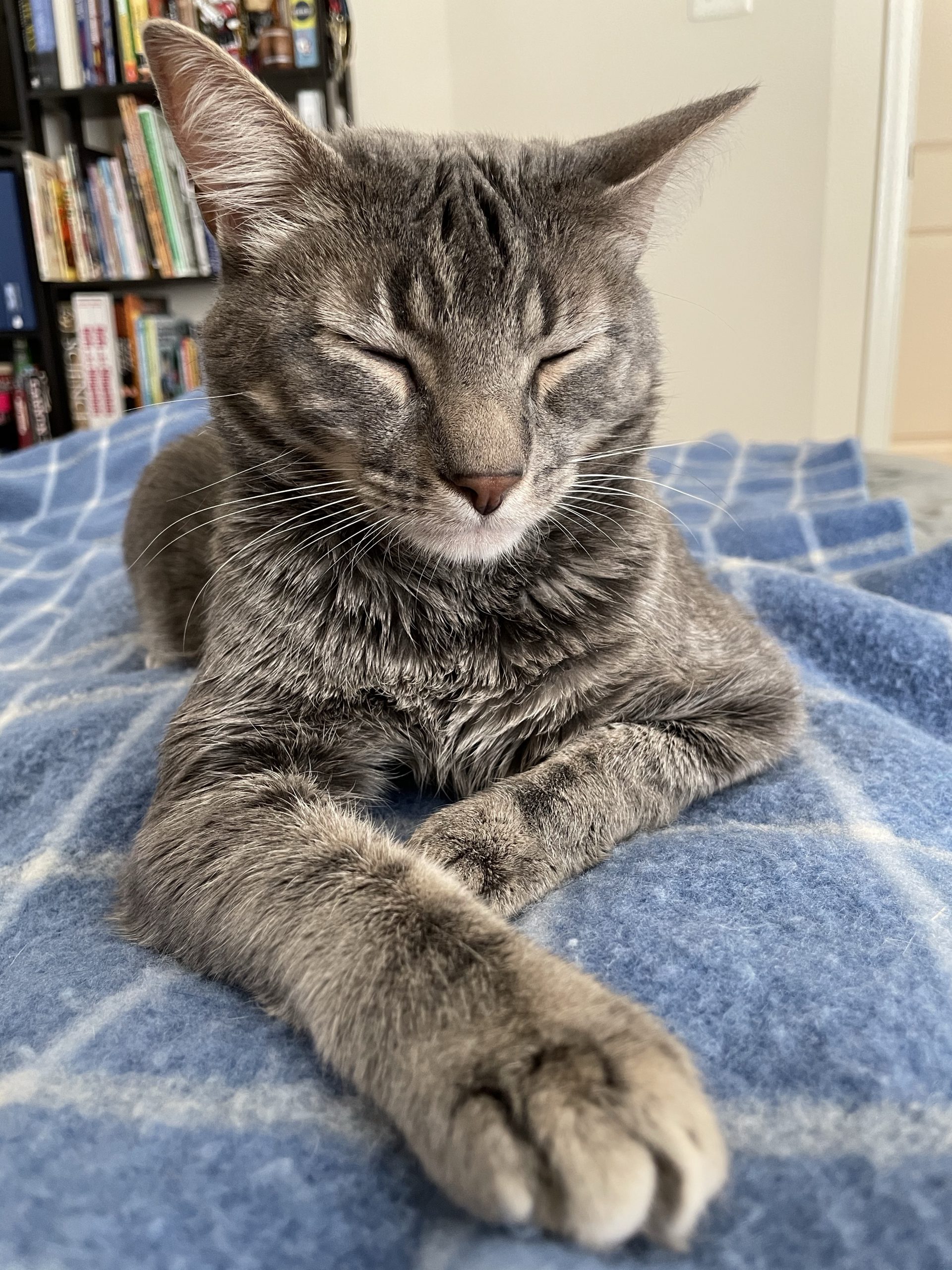