There’s lots I’ve been meaning to talk about, but at this current moment there’s some Breaking News to report: a little over two years ago, on April 11, 2014, I ate some expired oatmeal. (What can I say? I was bored.) 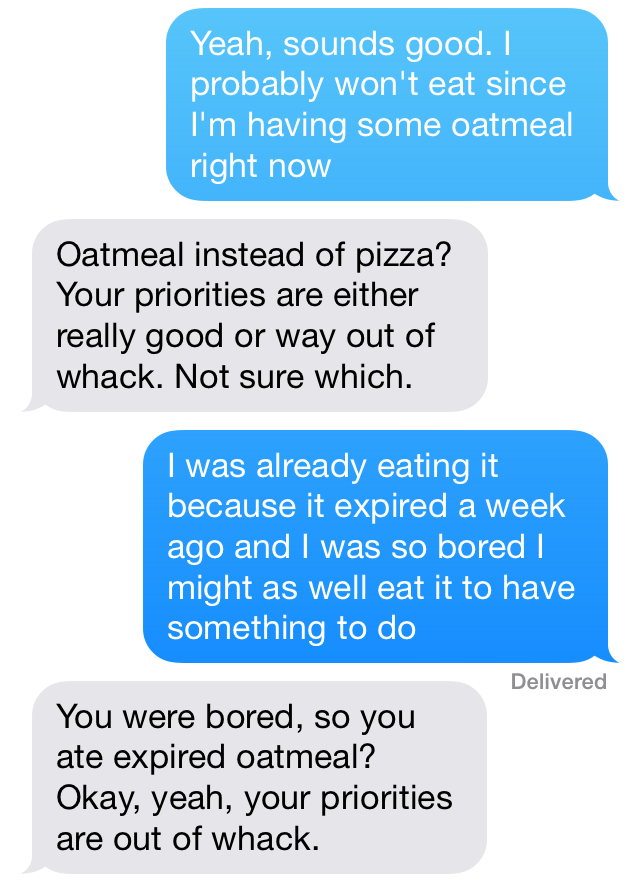 It was good for a laugh now and then, but tonight, tonight I made that expired oatmeal finally worth my while.

Let’s look at Twitter, shall we? Oh – supermodel Chrissy Teigen is reading bedtime stories, specifically Goodnight Moon. I wonder what her thoughts are on the bowl of mush? 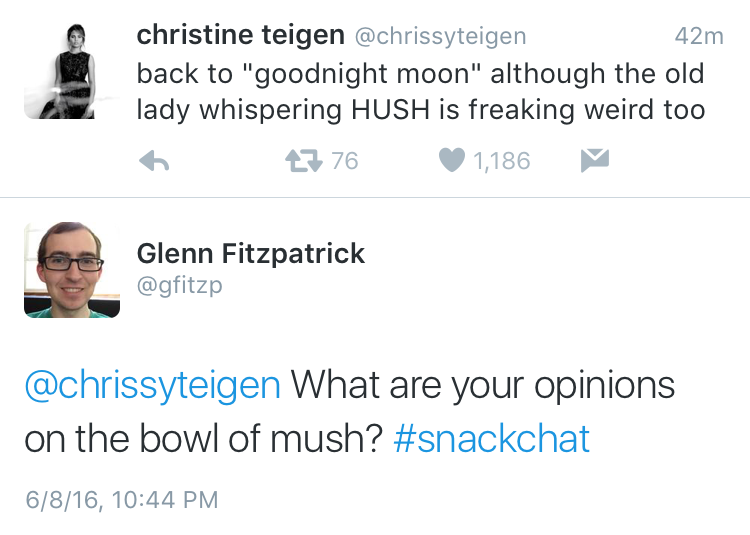 Maybe she’ll reply, but probably not. Oh! Not just a reply, but a follow too?? 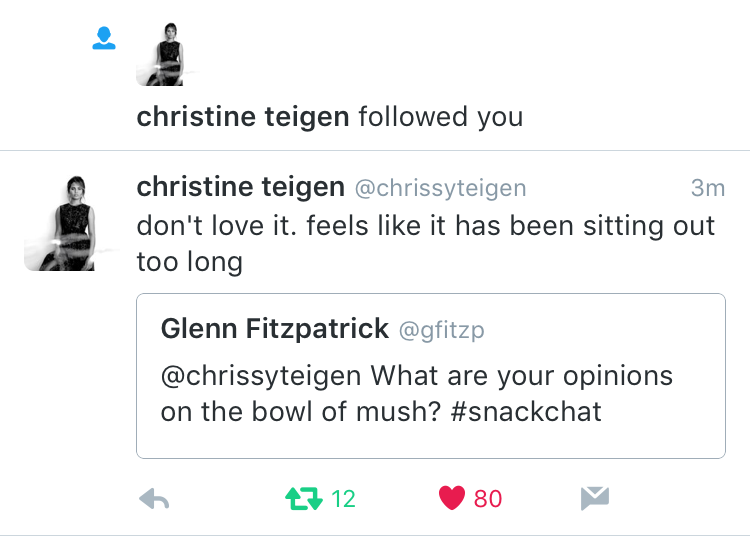 One bowl of expired oatmeal and two years later have been building up to this moment: 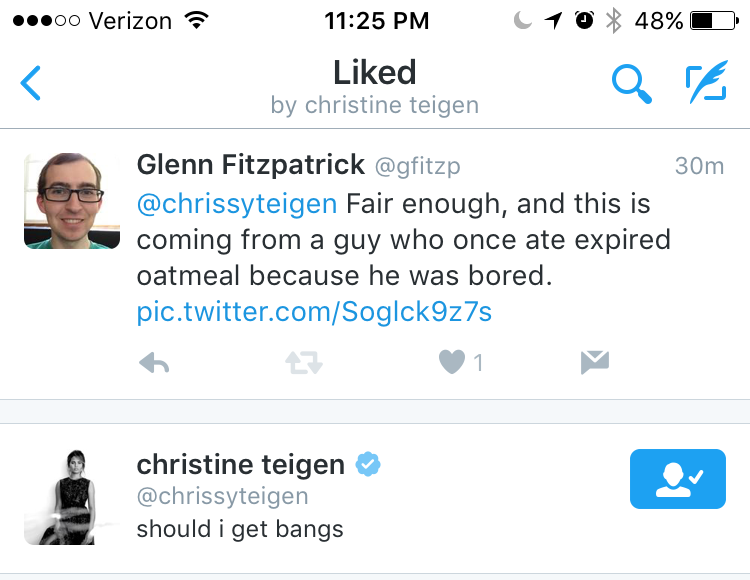 DESTINY. One day you’re eating expired oatmeal out of boredom, two years later you’re Twitter pals with a woman who once graced a calendar on your bedroom wall. 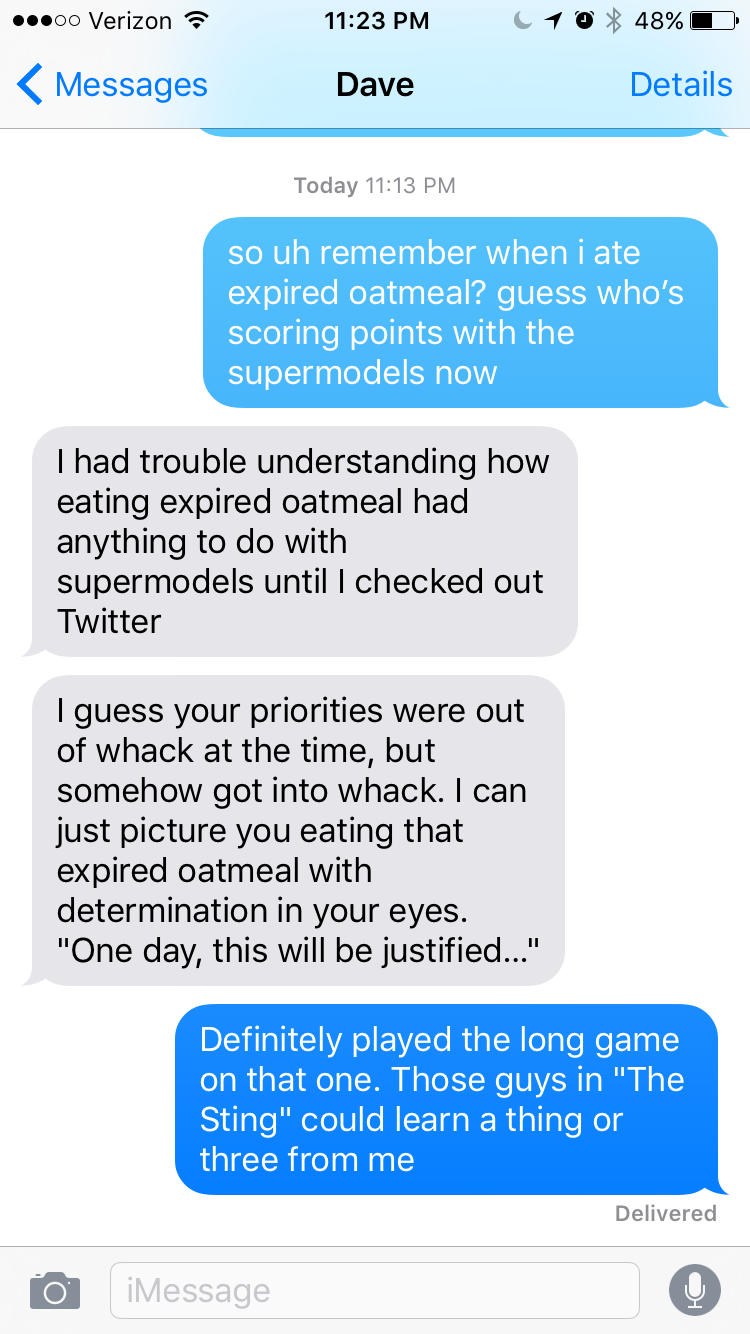