even though the a/c unit is out in the car (making it somewhat of a bluesmobile), it doesn’t make my car less pimp. see:

bruno_boy and i were driving back from annapolis to the apartment down route 50 when we passed this long black limo, and these girls in the back had the passenger-side window rolled halfway down and were screaming and hollering at me and generally going all fangirl. dave thought they were going to prom, but i think i was more correct by guessing it was a bachelorette party. we passed back and forth a few times and they would scream and holler and such (i almost expected to get flashed at some point, heh), and i’d wave back at them.

anyway, after a bit of this, i thought i’d hold up my “hey, sexy” mini cooper motoring sign, so i reached behind the passenger seat where i usually keep it and grabbed the cd case and held up this album instead: 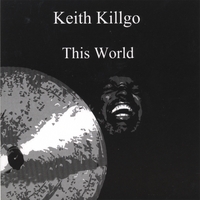 yeah, that’s real sexy, a picture of some black dude instead of my awesome “hey, sexy” sign! i know he’s got that song “ladies’ man” on the album, but it still doesn’t quite cut it!

anyway, i don’t think they would have been able to see it very well at that point (they were a few lanes over to the left by this point), so they blew kisses at me as i merged into the exit ramp to get on to the outer loop of the beltway.