time to rewind! “spring forward, fall back” as the kids say. here’s what i’ve been up to the past few days (there’s lots of juicy stuff in here!)…

saturday: hung out at the apartment and downloaded a torrent of the “zappa plays zappa” concert from the 23rd when they played in buffalo, new york – i kind of spoiled it for myself since now i knew pretty much what songs they’d be playing, but i was too excited to wait and find out. listened to it and the guy who posted it said that it was probably one of the best bootleg recordings he’s done, and all these people who had downloaded the torrent agreed that it was a very good bootleg, and i thought that it wasn’t bad but a little too much bass at points made it a bit muddy… he was apparently 8 or 9 rows back from the front with the stage monitor pointed right at him. hung out and listened to this until it was time to go to grandmother and granddaddy’s 60th wedding anniversary (photos here)… 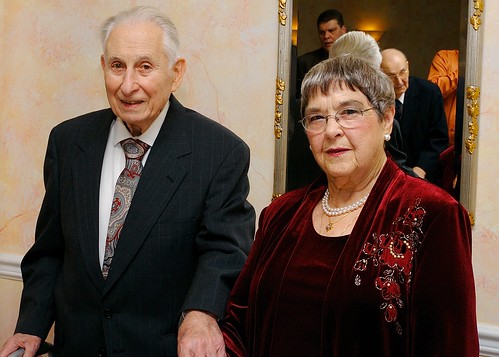 saturday was also anne’s birthday, so after the anniversary party i came back to the apartment, grabbed some stuff for the night, and watched dr who and stayed the night at the house since we’d be doing birthday stuff after church.

sunday: went to church, and afterwards we were going to go to ihop for breakfast. mom had to go to the “library” and so she disappeared for about 30 minutes or so (when the library is only about a mile or so away). dad was about to start cooking pancakes himself when mom got back. we ended up going to denny’s since it was much closer.

after breakfast mom had to get a book from the library (it was closed when she had gone earlier and she said she was waiting around for it to open up). got back to the house, rushed around to get stuff to go to the dc zombie lurch (i had been wanting to go to dc and take photos of it ever since i originally heard about it), but i wasn’t sure if i’d have enough money on my smartrip pass for the metro for the train that day, and for parking and train on monday when i was going to see “zappa plays zappa”. i figured at least i’d go to the metro and put some money on my pass and decide then.

when i was on the metro headed into dc i thought for a second and looked at my camera in my camera bag – turned out i had forgot to put my battery in my camera (hence this post). 🙁 i figured that at least i’d see the people all getting zombiefied but by the time i arrived in dc i wasn’t into it at all anymore and was too annoyed and upset to want to even see it, so i turned around and headed back home. i got back in time for cake and ice cream, but i was still pretty upset at wasting time and metro-fare just to walk halfway from the smithsonian stop to the washington monument and back.

mom’s original trip to the “library” was to run out and get anne another present that she had seen, so she was actually being sneaky when she snuck away like that earlier. after cake and ice cream and hanging out around the house some more i went over to my ol’ coworker ben’s place for a cookout he was having that day. it started at noon so what little food was leftover was cold, but at least i got to try some ribs cooked over the tabasco woodchips i bought him. coworker kendrick was there and ol’ coworker dennis dropped by and we four watched one of the “alien” movies and made fun of it with jokes and sound effects a la mst3k. watching the movie reminded me of something, so when i got back home i started reading alien loves predator. went back to the apartment after some of that.

i knew that i’d need enough fare for the metro to park and to get there and back, and from my calculations it was $3.50 for parking, and $2.35 each way, so i needed $8.20. scrounged up the money from my change jar and would have had 5¢ extra, so i figured i’d be good to go and put it in an inner-pocket of my jacket so i wouldn’t forget it.

monday: went to work and used my $2 bill for breakfast (handy thing to use when milk & oj = $1.97). i was excited all during work for the concert that night, and i had been listening to the bootleg recording for most of the day.

after work i drove home and didn’t find my microphone at the house so i emailed the guy who makes these things out of his basement to find out what the status of it was (he sent me an email back while i was at the concert saying how october was a bad month for him and that mine was going out on the 31st). had a sandwich and then drove to the metro.

i put the money that i had in my jacket pocket into the farecard machine to add to my smartrip’s balance, but it turned out that i only had $7.55 and i thought i’d need $8.20. i was a bit worried because i didn’t have any other change with me, and nothing on my credit cards or bank account. i figured that i’d worry about that when i needed to worry about it and continued on the metro.

while i was on the train i realized that it’d only be peak time on the way there but off-peak on the way back, so it was going to be $2.35 to get there, $1.85 on the way back, and still $3.50 for parking. that was only going to be $7.70! at least i was only 15¢ short now instead of even more! i thought to myself “i can find 15¢ somehow!” and started looking all over the ground as i walked through the stations and down the street hoping to find some spare change on the ground. i was even thinking of inspecting the coin-returns on the payphones to see if i could find change in those, and started wondering what i’d do if i came across a panhandler… would i beg him for money instead??

eventually as i was walking around looking towards the ground, when i got at 12th and E street this girl popped out at me…

girl: “hi! you look like someone who’s concerned about the environment.”

girl: *shows me her greenpeace booklet* “would you mind if i talked with you for a minute or two about this grassroots effort that we’re trying to start?”

me: “…or if you have a quarter that’d be perfect!”

girl: *opens change purse and a quarter and a few pennies fall to the ground* “oh! there’s your quarter!!”

she then proceeded to tell me about this grassroots effort that they’re working on (now it’s in 6 cities around the country, and tomorrow …the world! 30 cities) and how they’d like to get a wind farm off the shore of new england to help with that region’s power supply and how there was a march on the state legislature of vermont to get the powers-that-be more in-tune with the idea of alternative energies. the whole time she was talking to me i was thinking that she was pretty cute and so i had two goals: