proof that troutman is more brilliant than he knows… he is THE ANSWER: 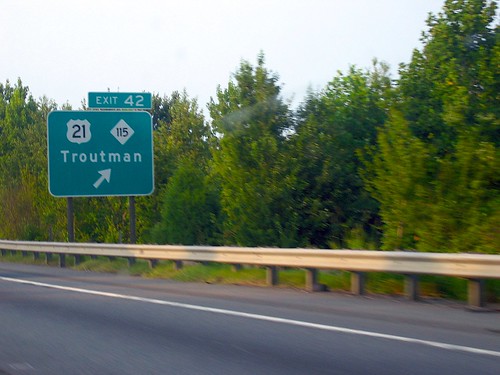 yes, i have finally finished putting my pictures of my trip up online. see them here! it’s really horrible how much damage from hurricane katrina still remains even now. 🙁 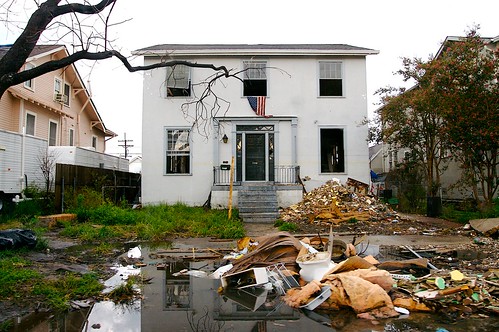 it’s better for you if you go to flickr and look at the pictures directly on there, though – i notated a bunch of them with things in the pictures, and linked to other photos of the same places before the hurricane in a few other pictures.

since my last post about what i was doing in louisiana, sk8bette, lissylulu, venusglitz, and myself went to target and poked around there that evening.

the next day, ally didn’t have work, so she and i rode on into new orleans and after walking around through town (magazine street / french quarter / bourbon street) we drove through some of the areas that were still pretty hard hit, such as lakeshore and that surrounding area.

we came back to the verdins’ place, and knickee_lynn met us there and we all geeked out about our mini coopers and ran around taking pictures of all four of the cars. 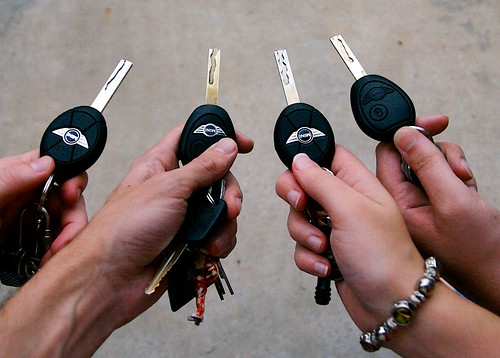 before nikki arrived we were considering washing the cars but thunder outside and being lazy took care of that, even though it didn’t rain. afterwards, we went out in our four cars for a ride to white’s seafood for (*drumroll*) seafood! 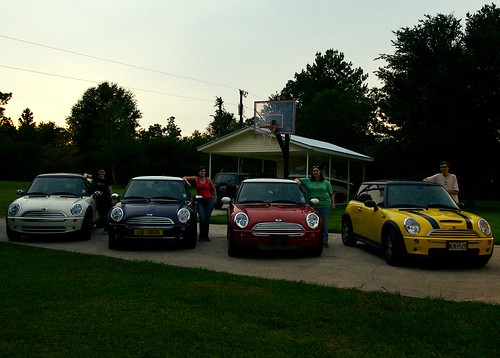 afterwards, we went back to melanie and melissa’s house to hang out before nikki had to head back to baton rouge.

the next morning, ally finally gave her car a wash, and once it was clean i did a little photoshoot outside with it since this will probably the cleanest the car will ever be, so now’s the best time to get photos of it. i’m really pleased with how this one turned out – my new 17-40mm f/4 L lens has been AMAZING during this trip, but this particular photo was taken with my fantastic plastic 50mm f/1.8 lens with a polarizing filter… i should definitely get a print made up of this one! 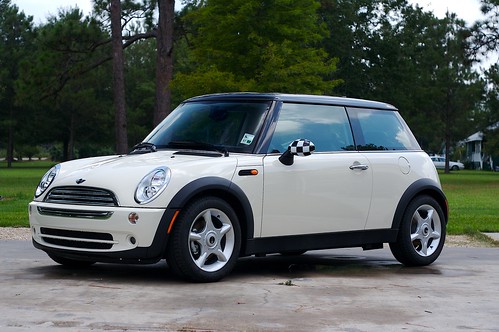 i ended up leaving their place in the early afternoon, and met up with raistlinvassago and her friends in georgia around 10-10:30ish. we were going to watch both “pirates of the caribbean” movies, but jen and i soon were both about to fall asleep so we rolled on back to her place for z’s.

woke up sunday around 10, jen fixed me some pancakes (mmmmm :D), and after some problems with her laptop we took it into the shop to get fixed. unfortunately, since they weren’t sure if the hard drive would be wiped in the process (who wipes a hard drive for a motherboard swap??), she decided to take her laptop in some other time instead. so, we went to fry’s so i could see where she used to work before working at microcenter, and then after exploring around that place we went off to the mall to hang out with darth vader. 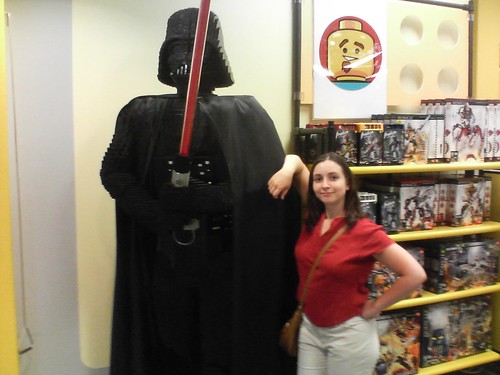 i ended up leaving the atlanta area around 3:30, and made it back to my apartment at 1 am. yup, i was flying up the highway – truckers up ahead would see me zooming up and they’d slide on over so i could zoom on by, and no run-ins with the law! yay!

for most / all of the trip i used my phone to navigate me with its built-in gps and the vznavigator program, with an earbud in my right ear so i could hear when it was telling me things like “in point-seven miles, merge right on i-85 south”. since it was kind of hard to hear my phone ringtone itself, i set the phone on auto-answer; don’t know why i bothered, since nobody called me on the way down. apparently it only rings through the phone and not through the earbud, so i had to keep glancing at my phone every now and then to make sure that nobody tried calling while i was singing and cussing away during certain songs. 😛

WELL. on the way back, i set it on auto-answer again. again, i don’t know why i was really bothering, since nobody really called me on the way down, and i was even wondering to myself why i was setting this option if i couldn’t hear it ring in my earbud. WOULDN’T YOU KNOW, at one part i was singing along with this cd of pirate music that ally had put together for a pirate-party she and her friends had had before i came down to visit, and i glanced at my phone and it said that i had just been on a call with someone for the past 30 seconds! uh oh…

i didn’t recognize the number, but it was a 301 area code so it was someone up in maryland. i called them back, and this was kind of how it went:

phone: “uhhh…. is this… glenn fitzpatrick?”

phone: “hi. this is joe with cingular wireless… we saw your resume on monster.com and were wondering if you were still looking for work?”

THE CALL I GET IS A JOB OFFER. not that it mattered, who wants to go work for cingular, anyway? not me. unless i got the boot from verizon wireless and that might change things, but hopefully that won’t happen. i probably scared him away with “yo ho”s and “shiver me timbers” and “if you like self-esteem to sail the sea”s. i need to get the titles / artists for these songs from allyson.

yesterday i went back to work. wheeefun. nothing spectacular, but we did have some meetings that took up most of my day, so it wasn’t a ton of work all at once. one of my coworkers (keith, who i bought tickets for an o’s game later in the month) apparently had been out for the previous few days – he had apparently been getting headaches and had gone to see the doctor, and wasn’t in the office yesterday either. he was in today, but didn’t say much about it other than it’s more than just headaches. hrm… hope he’ll be ok.

today i went into work, and noticed that someone was finally moving into the cube behind mine; this girl named vinessa (yes, with a “vin”) was setting up in there since today started her first day with my team – i helped her out with explaining some of our processes. it’s really weird, we were talking about where we live and it turns out we’re within about a half-mile from each other. i also got a call on my phone from a 973 area code, and when i checked with google via my phone it said it was from northern new jersey, and that the phone number belonged to these folks. another job offer? they didn’t leave me a message. their site looks like 1999 web design, though. 😛

i really need to get new tires, it’s getting a little worrysome. plus, since my car is just over its full maintenance coverage, i need to pay for that too. unfortunately, it seems i’ve got just enough cash on me for regular expenses with just a little to spare, and not enough for things like tires. as much as i like trying to be self-sufficient, maybe i can get the ‘rents to help if not cover the cost of my tires. 4 run-flats are going to be more than the cost of the inspection – these things are about $150-$200 each! if i’m lucky i can get new tires on before saturday, since i’m feeling a very slight bit leery (very slight, but still leery) about driving down to king’s dominion with the way the tires are wearing so. unless my mini cooper credit card hurries up… 😛